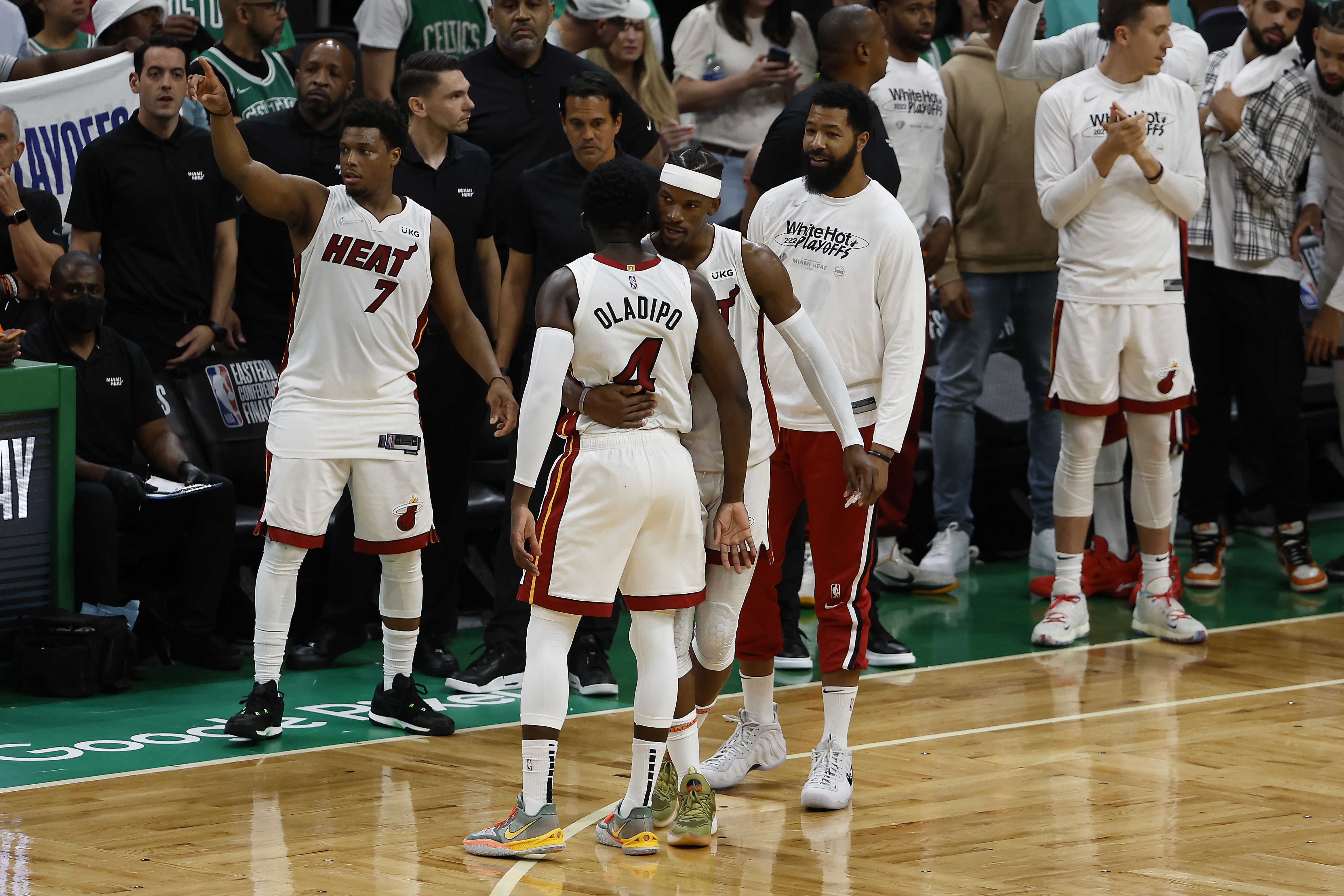 * Jimmy Butler has been one of the best players in the league since joining and is showing no signs of slowing down… Don’t believe us? How’s this: Since joining the Heat in 2019-20, Butler ranks fifth league-wide in total Win Shares (27.5), trailing only two perennial MVP contenders in Giannis Antetokounmpo and Nikola Jokic, Rudy Gobert and James Harden. Change that to BPM and Butler still sits in the Top 10. And Value Over Replacement Player? Butler is seventh there out of all players. So even without a reliable three-pointer, Butler’s scoring, playmaking and defending make him a two-way force, one that elevates his game to an even higher level in the playoffs. Lest we forget Butler just posted a 27.4-point, 7.4-rebound, 4.6-assist, 2.1-steal playoff run over 17 games. Can Butler be the best player on a team that wins a championship? Maybe, maybe not. But he can get you close as he has proven in two of the last three seasons.

* The team has strong depth around Butler… The loss of Tucker was a stinging one for Miami, especially to lose him to a potential playoff foe in Philadelphia. But even after Butler, the Heat boast another All-Star, All-Defensive Team-level player in Bam Adebayoone of the league’s most unique and skillful two-way bigs, as well as Kyle Lowry, who looks to be heading into 2022-23 in much better shape than he was in last year. Then there’s reigning Sixth Man of the Year, Tyler Herroand two more sharpshooting experts, Max Strus and Duncan Robinson. We can’t forget the two backcourt bulldogs Miami has in Gabe Vincent and Victor Oladipo, either, both two-way players who can get hot as scorers, too. Even Caleb Martin is coming off of a breakout campaign. A lot of those players may overlap positionally, making a trade for another frontcourt piece by the Heat plausible, but there’s no question Miami has nine guys they can count on any given night.

* Shooting and defense will be strengths again… Two of the most important areas for championship contenders to thrive in is with their outside shooting and with their ability to get stops on the other end. Miami should excel again in both after leading the NBA in three-point accuracy last season (37.9 percent) and ranking fourth in defensive rating (108.4). Why the team failed to reach the Finals was in part due to its three-point shooting abandoning it, as Miami hit just 31.3 percent of its threes in the postseason. If the Heat are able to stay hot next playoffs, we could see a different outcome for the South Floridian franchise.

* Erik Spoelstra remains one of the league’s elite head coaches… We don’t have to dwell on this one, as although he has yet to be named Coach of the Year in his career, Erik Spoeelstra remains one of the brightest minds in the game, able to adapt his rosters to whatever challenges may arise and getting more out of his players than most of the league’s other head coaches.