The San Diego Padres take on the Colorado Rockies. Check out our MLB odds series for our Padres Rockies prediction and pick.

Yu Darvish will take the bump for the Padres, while Chad Kuhl starts for the Rockies.

Yu Darvish is throwing it down in late September. Few players are doing more for the Padres in their push to the playoffs. If Darvish had not been setting an elite standard on the mound, San Diego might be neck and neck with the Milwaukee Brewers in the battle for the final National League wild card spot. However, because Darvish has an ERA of exactly one run in four September starts, the Padres still have a small cushion in their battle with the Brewers. Darvish has pitched 27 innings in September and allowed just three earned runs. He has thrown three scoreless outings, the latest one coming last weekend in Phoenix against the Arizona Diamondbacks. The San Diego offense still can’t bust loose, and Juan Soto is still looking for a week when he keeps ripping the baseball and gets hot. He hasn’t had one of those weeks yet as a Padre. However, with Darvish holding down the fort every time he takes the mound, this team still leads Milwaukee in the race for a postseason berth.

Chad Kuhl got shredded by the Giants earlier this week, just the latest disappointing outing in a season marked by disappointment for him and the Rockies’ staff rotation. It is true that pitching for the Rockies is one of the toughest pitching assignments in Major League Baseball, but Kuhl and most members of the Colorado pitching staff have still fallen well below expectations in 2022. Coors Field will inflate ERA totals to a degree, but the Rockies’ regression has exceeded normally allowable limits and parameters. Kuhl and other Colorado starters are pitching for jobs in 2023. That’s the importance of this outing and all remaining outings as the 2022 season winds down.

Here are the Padres-Rockies MLB lines, courtesy of FanDuel.

Why The Padres Could Cover The Spread

The pitching of Yu Darvish is the main reason to take San Diego in this game. Darvish is dealing. He is in a groove. Everything about his technique and arm slot and release point is coming together at just the right time. Remember this: Darvish pitched in Game 7 of the 2017 World Series. He has been through virtually every conceivable situation a pitcher can face. Late-September playoff-push pressure is nothing new to him. He is a confident, steady pitcher San Diego — and bettors — can rely on in this situation.

Why The Rockies Could Cover The Spread

The Rockies simply own San Diego at Coors Field. It’s strange but undeniably true. Friday’s come-from-behind win against San Diego marked Colorado’s 14th win in its last 16 home games versus the Padres. That’s insane, but it’s a fact. The especially weird thing about the Rockies’ dominance of the Padres in Denver is that it’s not always about the hitting. Colorado won last night by a 4-3 score. The Rockies aren’t regularly beating the Padres 12-9 or 9-7. They’re sometimes winning by holding down the Padres’ bats.

If Yu Darvish can’t beat Chad Kuhl with everything on the line, the Coors Field hex against the Padres will acquire new dimensions. Surely this is a pitching matchup San Diego will take advantage of…right? 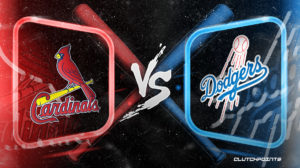