After a two-year layoff, The Crown is ready to reign again.

Season 5 of Netflix’s royal family biopic will premiere Wednesday, Nov. 9, the streamer announced Saturday at Netflix’s “Tudum” global fan event. The new season brings with it a changing of the guard as well: Imelda Staunton takes over for Olivia Colman as Queen Elizabeth II, with Jonathan Pryce taking over for Tobias Menzies as Elizabeth’s husband Prince Philip. Dominic West will play Prince Charles, with Elizabeth Debicki as his estranged wife Princess Diana. (We saw a brief teaser with West and Debicki as Charles and Di as the news broke that the royal couple were officially separating.)

Netflix also released a poster for the new season that hints at more strife for the royal family, with an unmistakable crack appearing on the otherwise immaculate walls of Buckingham Palace. Check it out below: 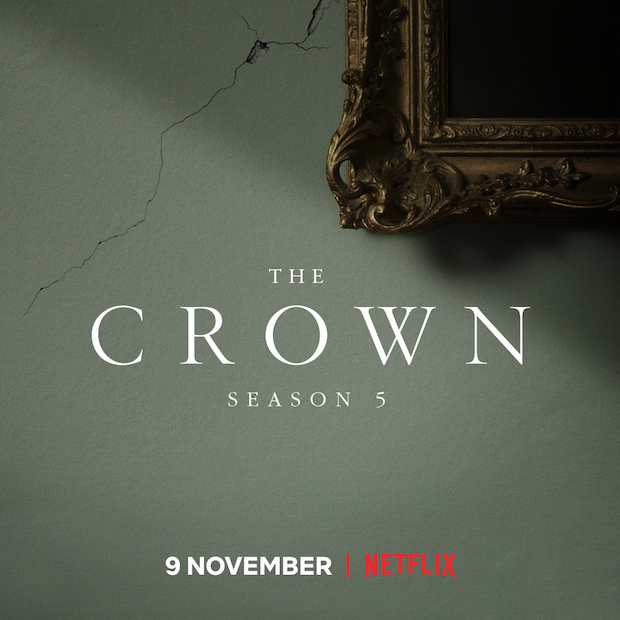 The Crown last aired in November 2020, with Season 4 pulling off a rare feat, winning the Emmy for best drama series along with wins in all four major acting categories for Colman, Menzies, Josh O’Connor as Prince Charles and Gillian Anderson as Margaret Thatcher. The series now takes on a fresh significance as well with the recent passing of Queen Elizabeth II, who died earlier this month; production on Season 6 of The Crown was paused “out of respect” for the monarch’s legacy.

What are you hoping to see in The Crown‘s new season? Tell us in the comments.