From rocker chic ensembles to delicate gowns on the red carpet, we’ve always loved Paris Jackson’s unique style. The Lighthouse singer knows how to be an edgy Queen one minute to a fairy princess in the next, showing she can really pull off any look. Her newest look at the Missoni fashion show proves that not only she can pull off any look, but she may be ready for a sexy change to her looks.

On Sept 23, Missoni uploaded a series of photos of the A-listers who arrived for the Missoni Summer Fashion show (starting with Jackson’s show-stopping look!) They posted it with the caption, “#MissoniLovers attending the #MissoniSummer23 Fashion Show. ”

You can see the photos HERE.

While everyone looked incredible, we couldn’t take our eyes off Jackson and her stunning gown. The American Horror Story star arrived in a glittering and sheer white gown that showed off her toned figure and futuristic-themed undergarments. She’s rocking her usual beach wave locks as she gives her best smolder to the camera.

Jackson later posted a series of photos of her own from her trip to Milan, Italy, from the Missoni show to the little moments of tranquility she got in between. She posted it with the caption, “thank you milan ♥️ @missoni @giannandreahair @ paulyblanch @vogueitalia #missonilovers #missonisummer23 #milanfashionweek #mfw2022.”

You can see those photos HERE. 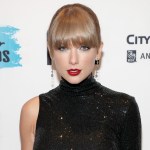 In the first photo, we see her in a cozy sweater, looking off into the distance, followed by a video compilation of her during the Missoni fashion show. We also see her and supermodel Alessandra Ambrosio posing together (and looking incredible!), followed by pics of Jackson in different looks during the show. We get more snapshots of her in the sheer gown, followed by a silly selfie and another pic of her hand tattoos.

As we said, Jackson knows how to turn heads on the red carpet, and it’s thanks to her eclectic style. She previously told LVR about her personal style, saying, “I have had the same style since high school: a combination of Sixties, Seventies and Nineties.”

Before you go, click here to see photos of Michael Jackson’s kids over the years.