Today the US Patent & Trademark Office published a series of 50+ patent applications from Apple. Most of them are highly technical patents that perhaps only engineers could appreciate. Our report presents a list of 51 patents for those wanting to explore these technical patents further on their own. One oddball Apple patent application posted today covers a key update to one of their original iPhone patents that was filed back in 2005. And lastly, Apple won a design patent this week for the 2019 iPhone 11.

Today, the U.S. Patent Office posted two continuation patents relating to Apple’s Project Titan, long-term electric, autonomous vehicle project. One is for “Modular Charging for Vehicles” and the other is for “Enhanced Automotive Passive Entry.” In both cases Apple has added 20 new technical patent claims per patent.

Updating One of the Original iPhone Patents

A third patent application of mild interest that was published this morning relates to one of Apple’s original iPhone patents.

In order to quickly protect specific features of the iPhone, Apple actually updated one of the original iPhone patents dating back to 2005 or 22 months prior to the official release of the iPhone in January 2007. By using USPTO’s continuation patent protections, Apple does not have to file for a “new patent” in order to protect the new additions to their original legal patent claims.

Today’s patent update describes the use of a “plurality of touch sensors” 18 times in their patent claims that was never part of the original 2005 patent.

Today’s Other Patent Applications and / or Continuation Patents

In 1992 a tune by Bruce Springsteen hit the charts titled “57 Channels and Nothin On.” Of course, by now it’s more like 157 cable channels, with the point being that sometimes, in a sea of ​​content, there just is not much that can capture your interest or imagination.

Today is one of those days where there’s a lot of patent applications from Apple published by the US Patent Office (USPTO), but not really much of interest for the average Apple fan. Then again, if you happen to be an engineer, there’s a list of 51 patent titles presented below that you can check out at the Patent Office today. 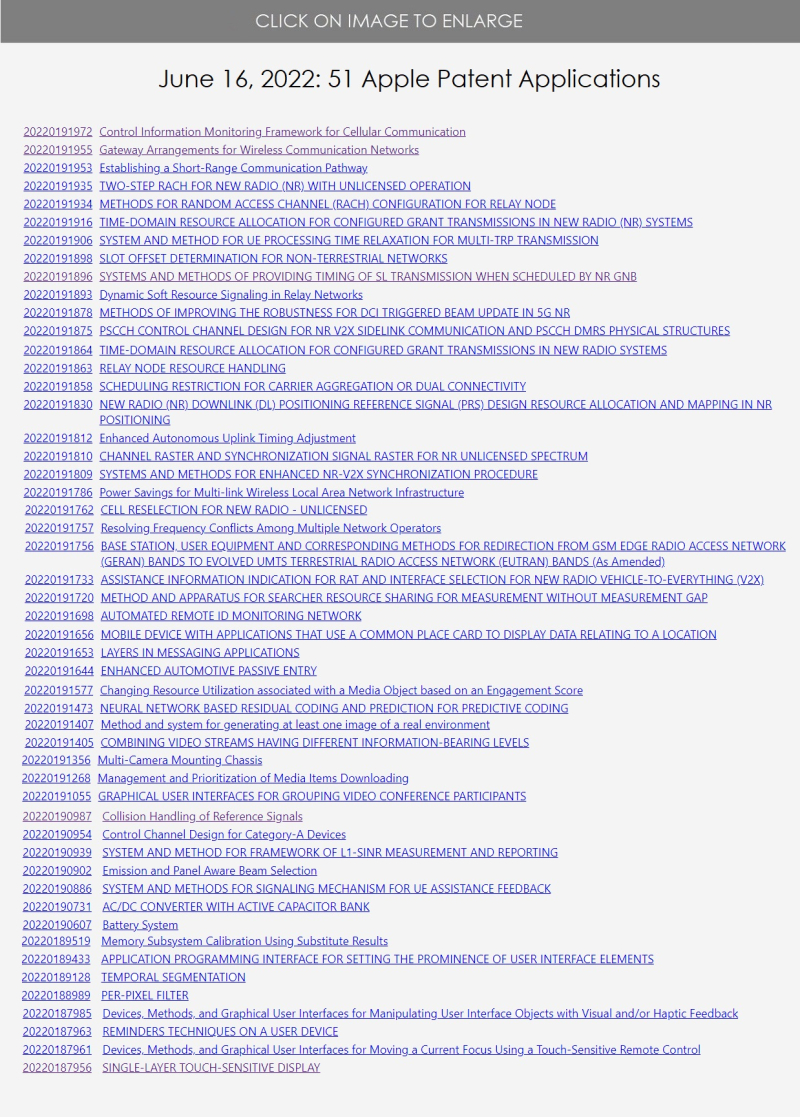 On Tuesday, the US Patent Office granted Apple a design patent for their 2019 iPhone 11 model as presented below. 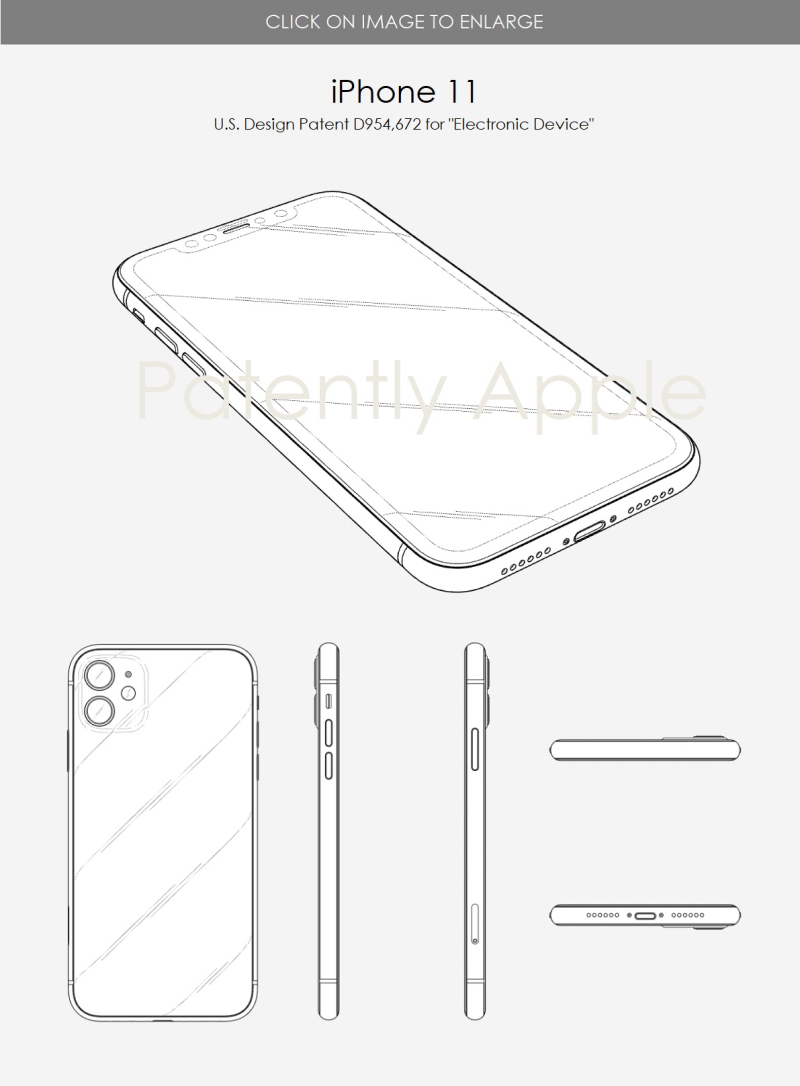