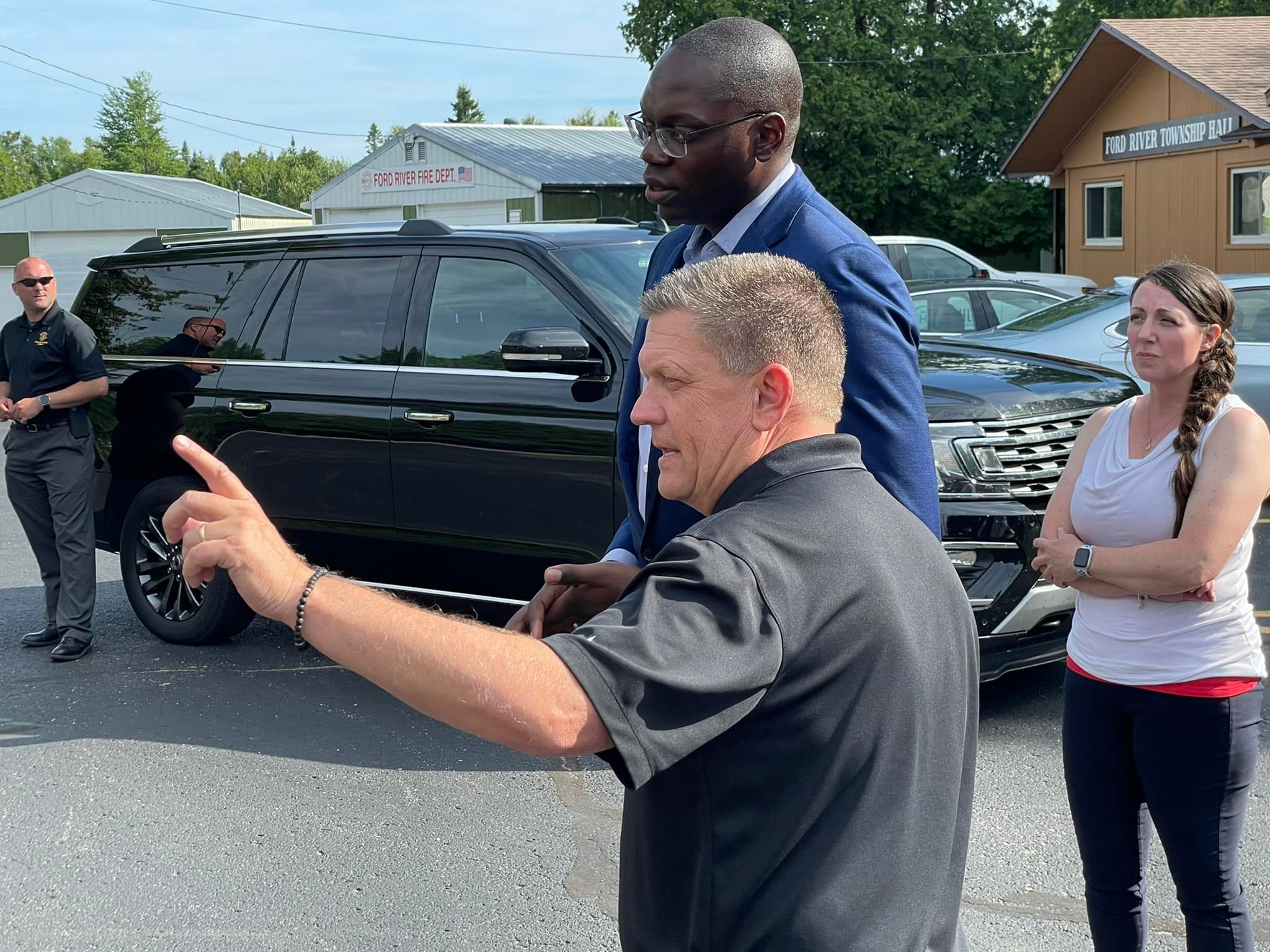 With the help of state grants, the company has laid miles of fiber optic cable in the region to help provide high speed Internet service to areas which are underserved. The company also operates in the Thumb area of ​​Lower Michigan, and now is celebrating 500 customers in the UP

“Working with companies like this, connecting communities, we’re excited about what this represents,” Gilchrist told RRN News. “It’s going to be transformative, for not only this part of the UP that’s being served by Highline directly, or the work they’re doing in the Thumb area of ​​(Lower) Michigan, but other providers are going to be stepping up as well. .”

“The interest is very high,” Highline CEO of Midwest Operations Bruce Moore said. “People in the rural area of ​​the Upper Peninsula have been suffering with poor Internet access for a long time. That’s really what we’re doing. We’re solving that problem.”

Gilchrist got a demonstration of how this Internet service works in Ford River Township Saturday night, one of the underserved areas that is now being covered. Moore made the trip to the UP for the event, and personally gave Gilchrist a tour of the site at the Ford River Township Hall.

“Highline could not be more thrilled to be fixing the Internet problems of the Upper Peninsula,” Moore said. “We’re building a 6,000-mile fiber network, all brand new, and we’re providing fiber access to over 42,000 households in the Upper Peninsula.”

Gilchrist says that making sure everyone can get access to affordable broadband Internet access is important to Michigan’s economic development, and remains one of the top priorities for him and Governor Gretchen Whitmer.

“This is exactly the kind of business that Governor Whitmer and I are really excited to support,” Gilchrist said. “I want everyone to experience the higher quality of life that comes with high-speed, high-quality, consistent, and affordable Internet access. We’re going to deliver that as part of our administration.”

Delta County administrator Emily DeSalvo, county board trustee Teresa Nelson, and the county’s tech guy, Charlie Detiege, were among those on hand for Saturday night’s event. 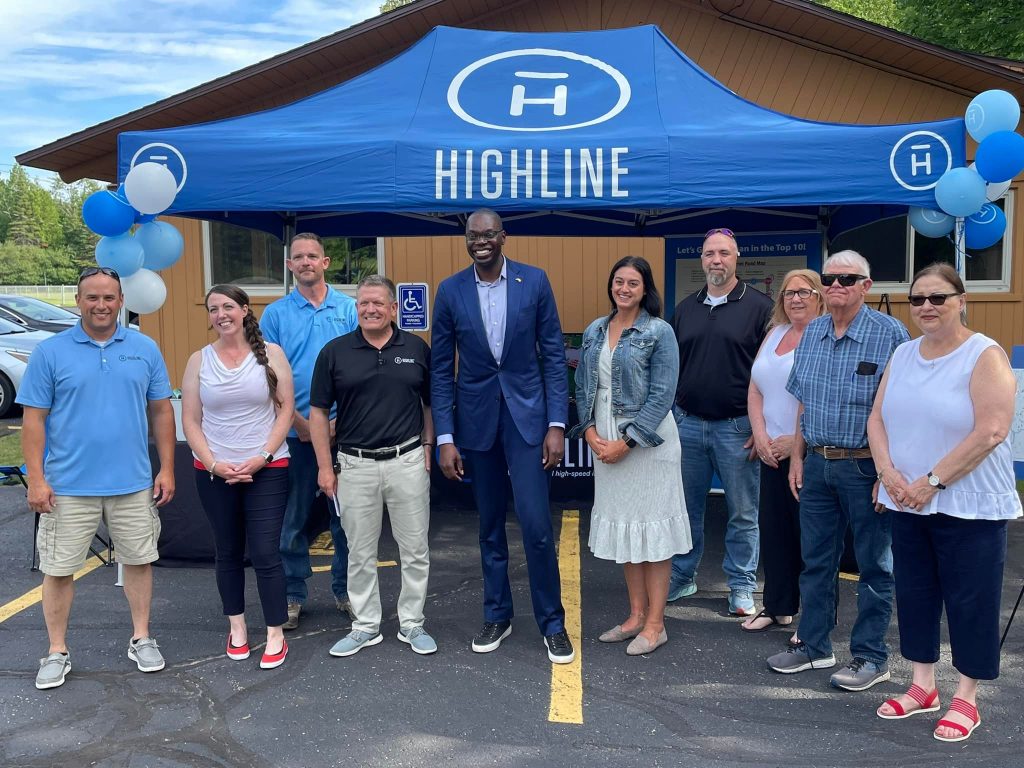