The iOS 16 Maps app did not get as many changes as some of the other apps in the update, but there is at least one major change that’s worth noting – multi-stop routing. Multi-stop routing is a long-awaited Maps feature, plus there are a few other new options.

This guide highlights all of the features that are new to the Maps app in ‌iOS 16‌.

With ‌iOS 16‌, you can plan a route that has multiple stops for the first time. Prior to now, you could only route yourself to a single location, and the Apple Maps app was far behind competitors like Waze and Google Maps when planning for more than one stop on a trip. 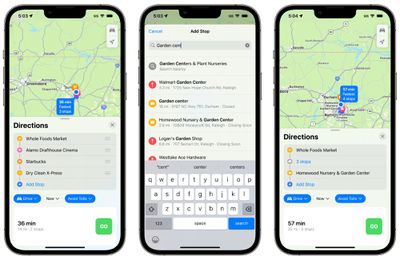 When you type in a destination in the Maps app in OSiOS 16‌, you can tap on the new “Add Stop” button to choose multiple locations. Up to 15 locations can be added on one route, and the Maps app will go to each stop in turn. Note that the Maps app does not optimize the route, so you’ll need to do that manually when you type in stops.

If you’re already on the road and want to insert a stop into your route, you can use Siri voice commands to do so.

For planning a trip with multiple stops, you can get everything ready on the Maps app on Mac, then port it over to the iPhone when you’re ready to go. 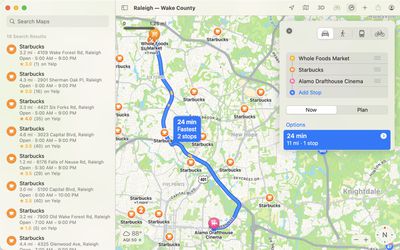 To accommodate the new multi-stop routing option, getting directions has been streamlined. It’s simpler to change between driving, walking, transit, cycling, and ride share. 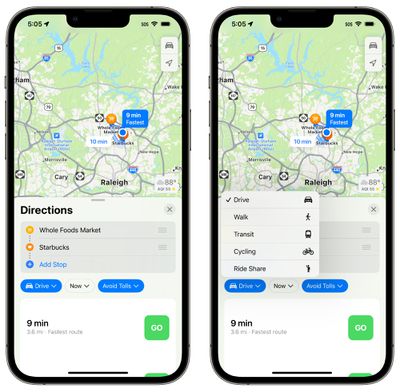 There are also drop down menus for changing travel mode, time you want to leave, and options to avoid tolls or highways, which makes it quicker to drill down into your preferences when getting directions.

The recent routes that you’ve used will show up in the Recent section for quicker access. 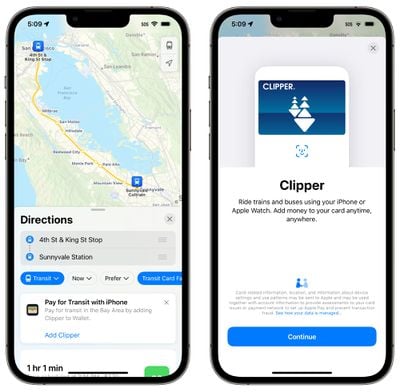 When planning a transit route, you can see how much it will cost in transit fares in select cities. 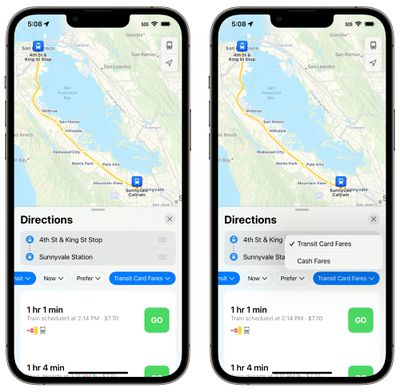 The Maps app in OSiOS 16‌ has a toggle for allowing companies to use photos that you upload using the built-in Maps rating feature. This is applicable to companies that provide photos to Maps, and it includes location information, but not identity. 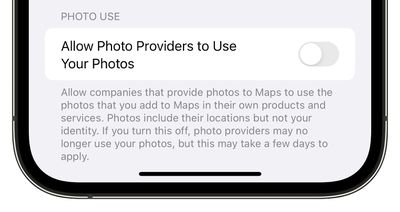 Have questions about Maps in ‌iOS 16‌, know of a feature we left out, or want to offer feedback on this guide? Send us an email here.